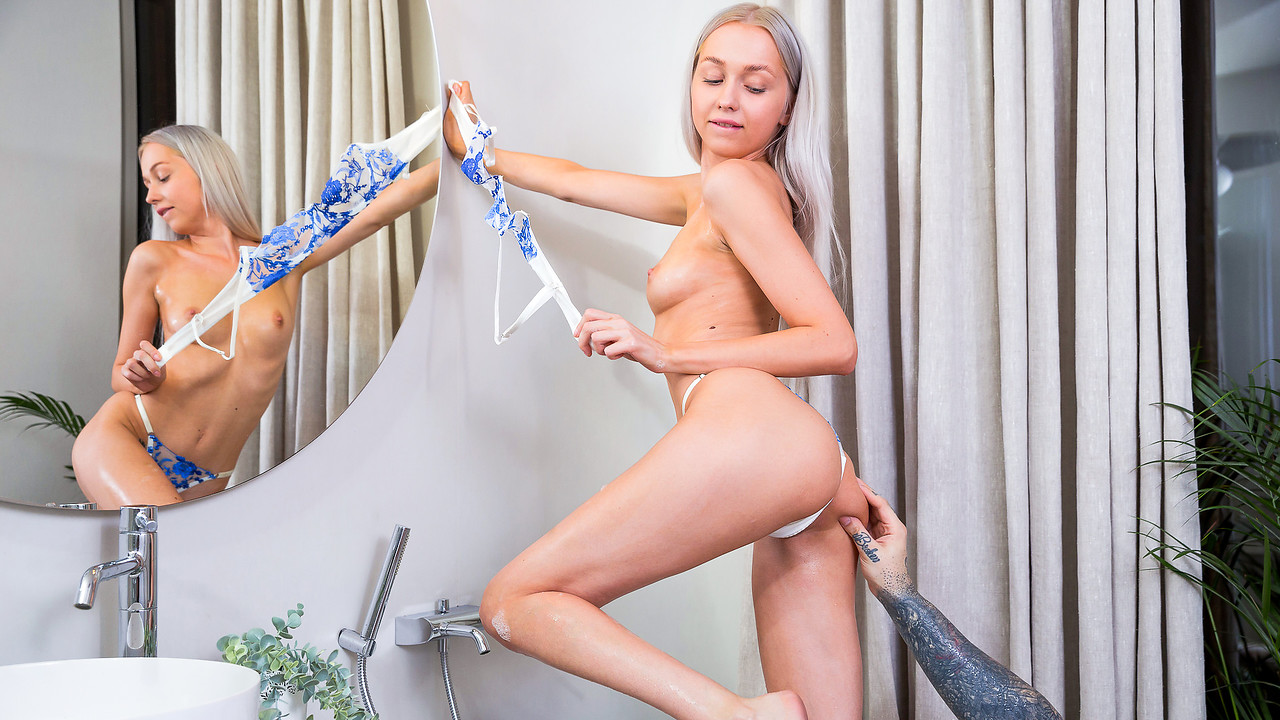 Vlad Gabriel is enjoying a nice, relaxing bath, but his evening is about to get a whole lot hotter. Wearing just some sexy sheer lingerie, Bernie joins her boyfriend in the bathroom. She caresses his head and then turns around to show off the way her bra and thong show off her curves.

Climbing into the tub, Bernie stands proudly above Vlad as she continues to flaunt her lovely assets. Stripping slowly, she gives a teasing show that only piques both their desire higher. Vlad helps Bernie peel off the last of her clothes, and then she sinks into the warm water to join him.

Vlad’s big hands slip and slide all over Bernie’s taut little body feeling up all her incredible curves as he draws her close. Pinching Bernie’s nipples and squeezing her ass, he gives her lovely flirting pinches. Eventually he gets his girlfriend right where he wants her, which is sitting above his face, legs spread wide so that he can feast on her creamy pussy.

Since Vlad is already seated, it’s a simple thing for Bernie to get to her feet and then sink down onto his fuck stick. Pressing her back to Vlad’s chest, Bernie rocks her hips in reverse cowgirl. The position lets her rub her clit and adjust the angle of penetration by leaning forward or backwards as she rides the D.

Vlad lays Bernie out on a stool with her legs spread wide to accommodate him between them. Now it’s his turn to kneel as he makes them both feel incredible by sliding back home. Diving nice and deep, Vlad fills Bernie with hot thrusts that make her gasp with absolute delight.