Skip to content
HomeArticleNFBusty.com – Busty Babe From Beyond The Veil – S17:E3 added to NFBusty.com 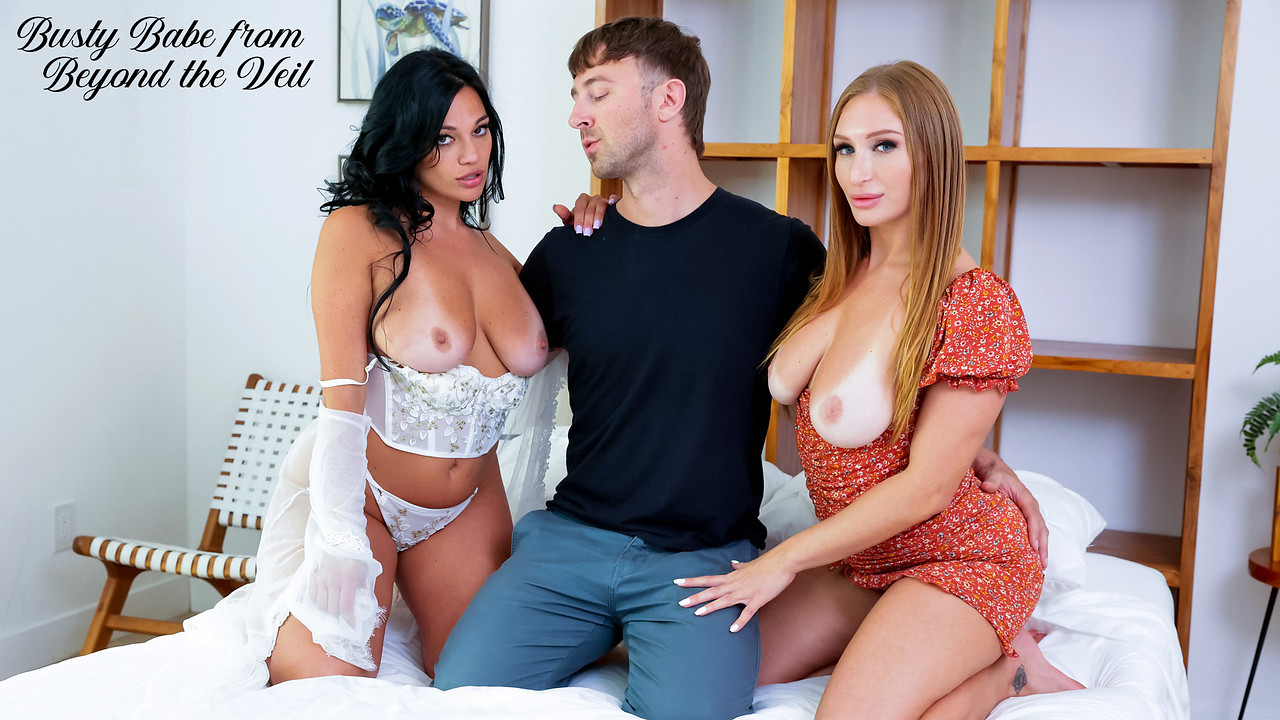 Chad Alva and his girlfriend Skylar Snow have rented a place that they think will be a sexy getaway. As an added bonus for Skylar, the place is rated 10/10 on the spooky meter. It’s supposedly haunted by the ghost of Mona Azar, a dancer who used to play with the guests.

Even as Skylar is sharing this information, Mona’s ghost is in the room with them. Neither of them can see Mona at first, but Skylar can sense that there’s a presence there and it just gets her excited. She announces that if a ghost lady wanted to eat her pussy, she wouldn’t mind it. Chad, on the other hand, doesn’t believe at all.

When Chad leaves Skylar alone in the room, she begins to get frisky with herself. Her hands roam up and down that bigtit bod, and Mona can’t wait another moment. She comes up beside Skylar and then reaches in to lap at the living lady’s pussy. Skylar can’t see Mona, but she can sure feel the touch and by the tone of her moans she’s loving it.

When Mona leans in to give Skylar a kiss, Skylar can feel the touch of soft lips on hers. Pulling away, Skylar sees that Mona is now visible. That’s all it takes for the ladies to begin making out in earnest. They pop their boobs out, the better to rub them together.

Chad returns from getting some air to find his girl in bed with another woman. Skylar introduces them, and Mona invites Chad to join in. How can he say no to an offer like that? Practically before he knows what’s happening, he’s on his back in bed with his dick out and two stunning busty girls sucking it down. Chad doesn’t have a chance to move before Mona plants her ghost puss over his mouth while Skylar mounts his cock to ride him in cowgirl as she makes out with Mona.

Mona climbs aboard the dick express to ride Chad in cowgirl. Mounting Chad’s face facing away from Mona, Skylar rocks her hips and leans forward. Mona takes the opportunity to run her tongue up Skylar’s twat, making a light exploration of the chocolate starfish. Adjusting his position so that he’s behind Skylar, Chad sinks into his girlfriend on her hands and knees as Skylar resumes feasting on Mona’s snatch.

Ghost Mona gets the D once again as she lays on her back with Skylar licking her titties and Chad pounding that fuck hole. Skylar rides Mona’s tongue until Chad is ready to blast off. Curling up nice and close, she offers her open mouth for a facial when Chad pulls out to blow his nut. Licking the tip of Chad’s hardon clean, Skylar kisses Mona to share the treat with her new ghost lover.